Cities for Action published the first-ever Municipal ID Program Toolkit authored by city leaders. Municipal ID programs in New York City, New Haven and San Francisco informed the toolkit, which can serve as a guide to other cities and counties as they consider their own programs, begin implementation, and work towards launch. This toolkit is a reflection of the continued commitment by municipal governments across the country to advance the interests of our immigrant and vulnerable residents in the creation of inclusive policy initiatives and programs.

Cities for Action hosted a Municipal ID Conference in New York City on May 18, 2015 organized in partnership with New York City, New Haven and San Francisco’s ID programs. The conference brought together 28 government officials representing 22 cities and counties. This toolkit was distributed at the conference, and later updated to reflect the takeaways from the conversation.

Since the May 2015 conference, Newark, NJ and Washtenaw County, WI have launched new municipal ID program, and Boston, Chicago, Detroit, Phoenix, Pittsburgh, and other cities have announced plans to explore launching similar programs. 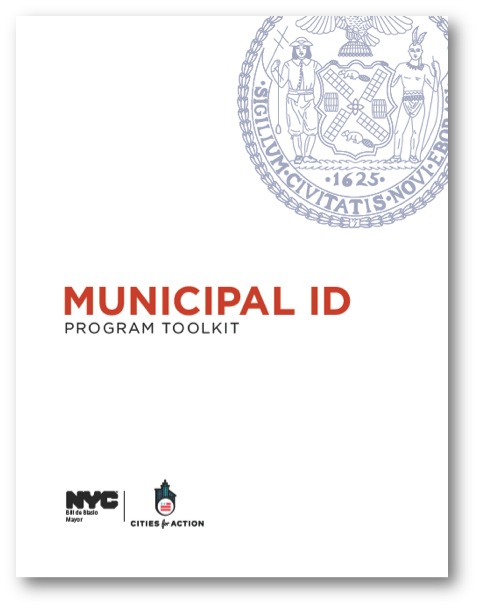